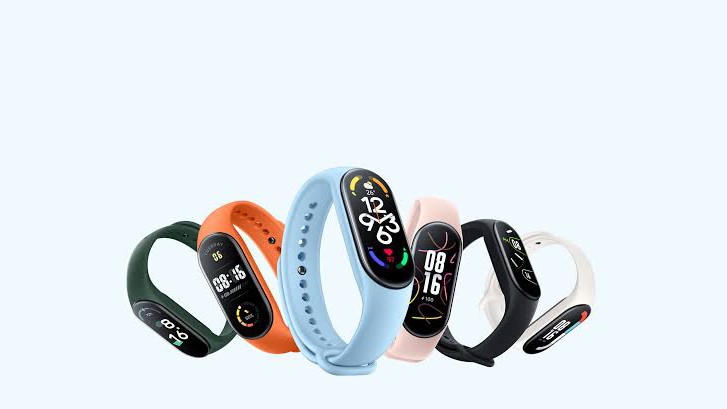 Xiaomi, a global company producing quality products for smartwatches and many other popular products. Notably, it has made a strong mark in the global market thanks to fitness tracker products.

Smart Band 7 Pro Xiaomi made its debut in the Chinese market before expanding globally in the fitness tracker segment in June. This smart band is packed with adorable features and is extremely competitively priced among the best fitness trackers you can buy. In May 2022, the company launched the Mi Band 7 and followed it up with a Pro model in July, featuring a more premium quality with a giant display. Three months after their Chinese debut, the band is making their way to Europe.

Xiaomi Smart Band 7 Pro is the first Mi Band introduced with GPS support. It has features like checking the basic cardio fitness levels and activity tracker. It also has GPS and NFC attributes, as discussed above. The Xiaomi smart band has no more weight, and its compact runway screen is still light. Every UI interface has been improved and redesigned so that the key information and numbers stand out to you. In concise terms, the interfaces are easier and clearer. The Band 7 Pro has a much bigger screen than the standard model. It displays, giving it the appearance of a smartwatch rather than a fitness smartband.

Xiaomi’s Smart Band 7 Pro has a 326 ppi and a 486 x 280-pixel display. And it has a large 1.64-inch curved AMOLED display. It provides high quality because it has a greater pixel density, according to its price. Moreover, the Xiaomi 7 Pro smart band screen has up to 500 nits of brightness, so you can see the tracker without difficulty even when turning off the brightness. However, the auto brightness feature is also reflective in this smart band. To protect the screen, the display is also covered with tempered glass that contains the anti-fingerprint coating.

The Xiaomi Smart Band 7 Pro is equipped with the usual slew of attributes for health and fitness, including blood oxygen level measurement, heart rate monitoring, and sleep tracking. This health tracker also has over 110 sports modes like walking, running, skipping, cycling, badminton, yoga, football, basketball, etc., which makes the training more accurate. Explanably, it has a wrist running coach feature that delivers the duration of the running process at different levels for beginner and experienced runners. Apart from this, it supports fat burn or endurance-focused training, lung health, and strengthening heart interval training.

The Smart Band 7 Pro has a global navigation satellite system (GNSS), allowing users to track their routes without requiring a smartphone. Plus, the Smart Band 7 Pro is water-resistant up to 5ATM, so you don’t have to remove it from your wrist while going for a swim or a shower. Aside from  this, it has over 150 watch faces and offers an average of 12 days of battery life on a full single charge. It implies that it can extend further with battery-saving modes.

The Xiaomi Smart Band 7 Pro is available in black and ivory colors. And, you can get it in six color options for the TPU straps, including ivory, orange, olive, blue, black, and pink. Moreover, the special edition straps that are made with a leather-like design come in Moon Gray and Pine Green colors. The accessibility of these color options will vary, depending on the market. The 7 Pro Xiaomi smart band is compatible with iOS (12 or above) and Android (6.0 or above) devices and connects with them through 5.2 BLE Bluetooth.

The Smart Band 7 Pro comes with various features like:

With a 235 mAh battery, Xiaomi claims the Smart Band 7 Pro keeps the battery alive longer on a single charge. However, depending on the settings you use, your actual mileage will vary. Apart from unveiling the Smart Band 7 Pro, Xiaomi also launched the Redmi Pad in Europe, which was unveiled in India today. It comes in 4GB/128GB, 3GB/64GB, and 6GB/128GB memory configurations in Europe and is sold through Xiaomi’s official channels.

We look forward to testing it. Xiaomi’s wearables have been crawling in price over the years, but they’re still usually compelling options for those shopping on the budget end. Xiaomi Smart Band 7 Pro price starts at EUR 99 or approximately Rs 8,000.

Conclusion – I hope this information is vital to buying this fitness tracker. For more details about it, stay tuned with us.